Announcement of Decisions and awarding the Certificate of Qualification of Professor and Associate Professor in 2021; Commendation of collectives, individuals and student teams with outstanding achievements in start-up activities.

VNUF is increasingly developing thank to a number of lecturers are recognized to meet standards and are appointed to the title of Professor, Associate Professor. Since 2012, the university has a total of 36 professors and associate professors, including 06 professors and 30 associate professors in the fields of forestry, economics, biology, mechanics - dynamics. This is the pride of VNU University, a recognition of the continuous efforts of lecturers in the education and training cause of the University in particular and the whole country in general. At the meeting, Prof. Dr. Tran Van Chu - the President of VNUF congratulated new professors and associate professors who were recognized in the year 2021. Being recognized as Professor and Associate Professor is a worthy achievement that the lecturers tried to get in the past time. Affirming that "people are the most valuable asset", Mr. President commits that the administrators will create the most favorable conditions for lecturers to promote their abilities and continue to contribute for the development of the university towards building the university to meet the national and international quality standards. 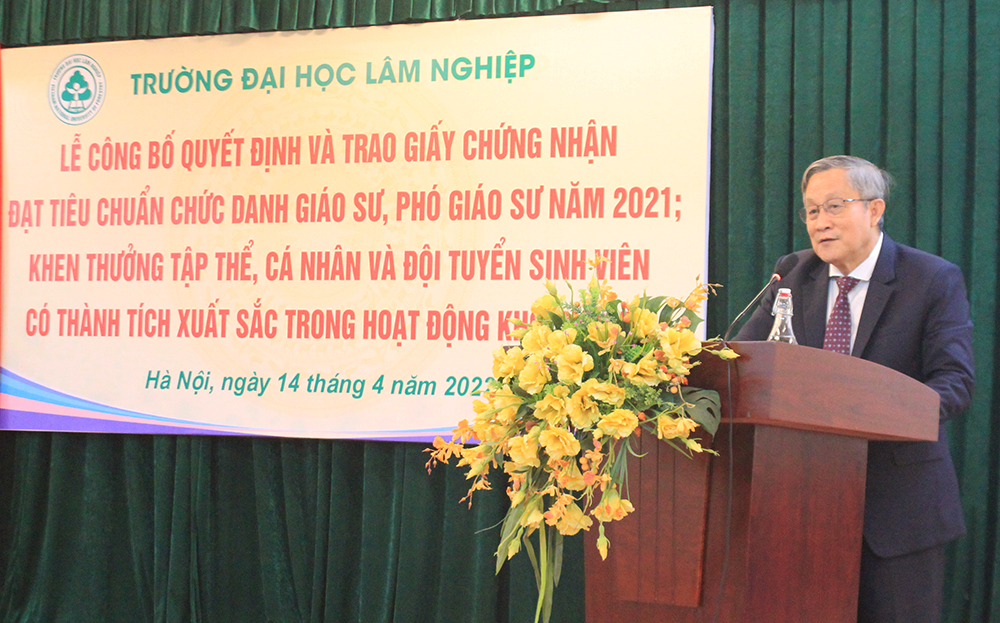 At the ceremony, Prof. Dr. Bui Chi Buu said that in recent years, requirements for recognizing the title of professor and associate professor are higher and higher, such as requirements for foreign languages, scientific publications, etc. The consideration and recognition of meeting the standards for the title of professor and associate professor in 2021 has been strictly implemented, according to procedures and processes on the basis of current legal documents. Members at all levels such as the State Council of Professorship and the Council of interdisciplinary professor, and the Council of university professors, have a hard working with sense of responsibility, objectivity, fairness, standards and quality. 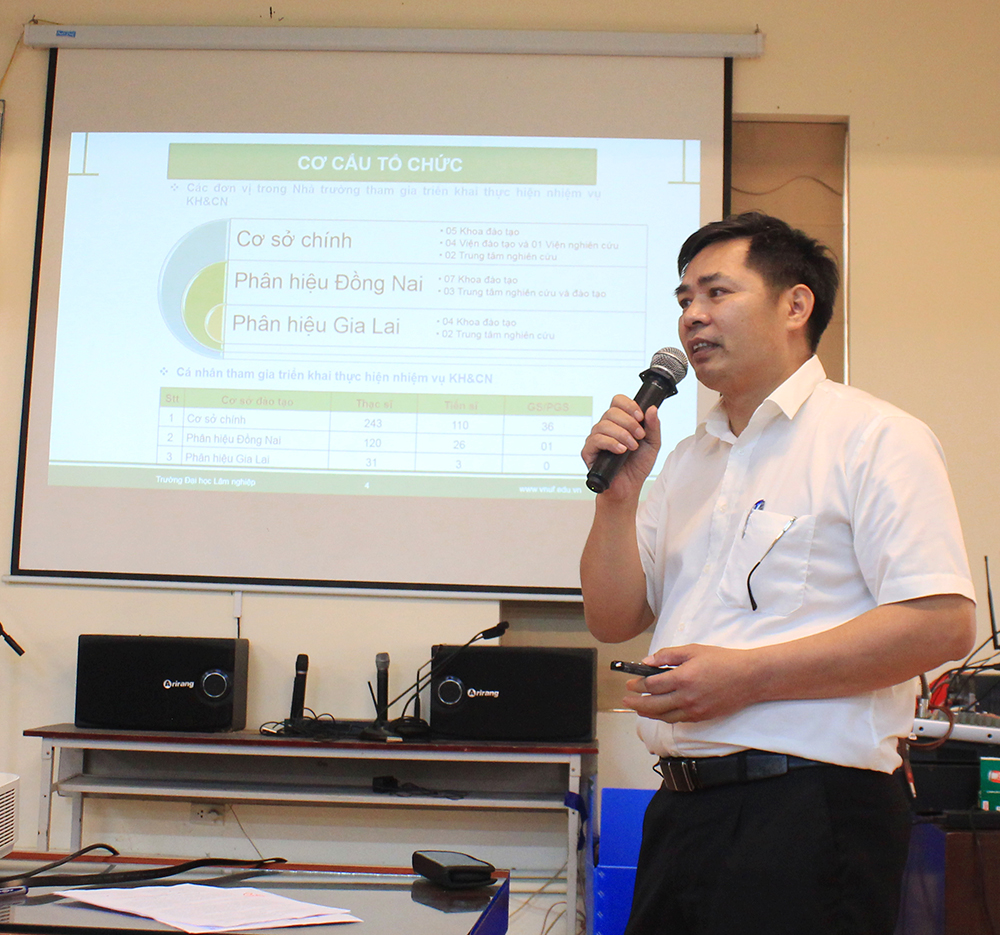 Assoc. Prof. Dr. Vu Huy Dai presented the report of the recognition of professors and associate professors and the scientific research, creative innovation and start-up orientation. A new Prof. Dr. Vu Tien Thinh gave a speech of gratitude at the ceremony 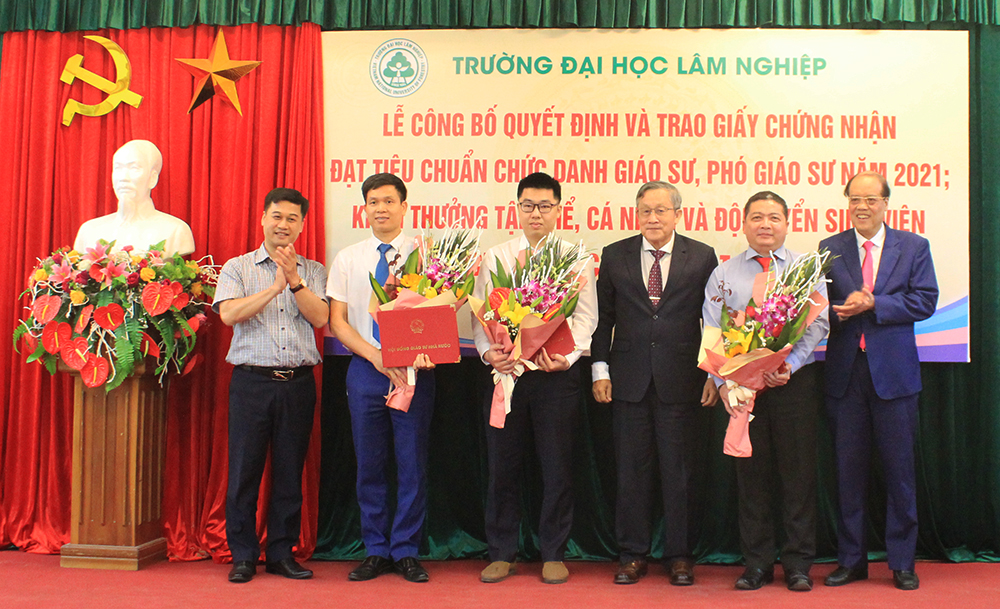 In addition, The implementing project 844 dated May 18, 2016 of the Prime Minister on "Supporting the National Startup Ecosystem until 2025"; Project 1665 dated October 30, 2017 of the Prime Minister and plan No. 1230 dated March 30, 2018 of the Minister of Education and Training on the implementation of the project "Supporting students to start a business until 2025". With the joining the national startup program since 2014, so far the project has attracted 105 project groups to compete at all levels with many high prizes. Especially, in the status of Covid-19 pandemic, VNUF's students still won awards with 3 excellent projects in the years of 2020 – 2021.

In which: The project "CCF Coconut Wood Production and Trading Joint Stock Company" won the Runner-up Award in the national startup competition SV-STARTUP 2020; The project " Vietnamese Agarwood's cosmetics" won the Unitech Champion Award in the contest " EDTECH VIETNAM 2021"; The project "Vietnam Erythrophleum fordii mushroom" won the third prize in the Finals of the contest for students with startup ideas held in March 2022.

Commendation of collectives, individuals and student teams with outstanding achievements in start-up activities. 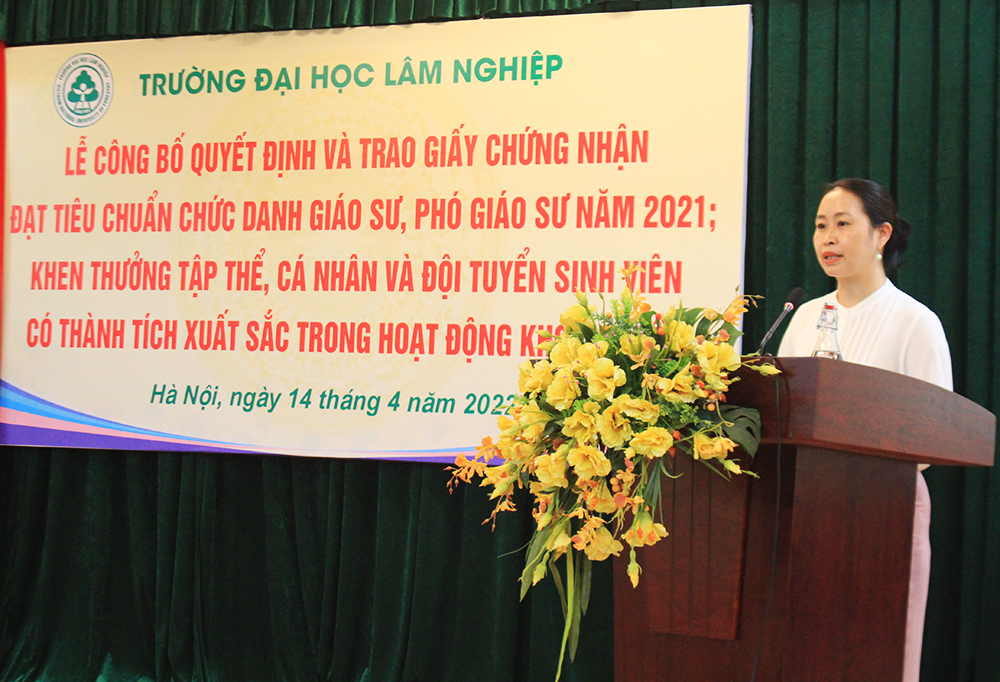 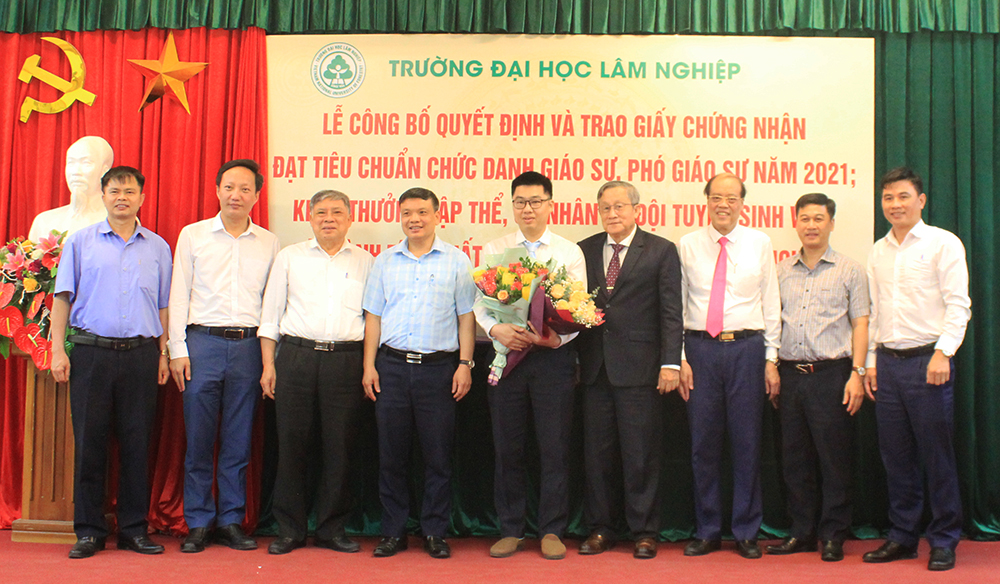 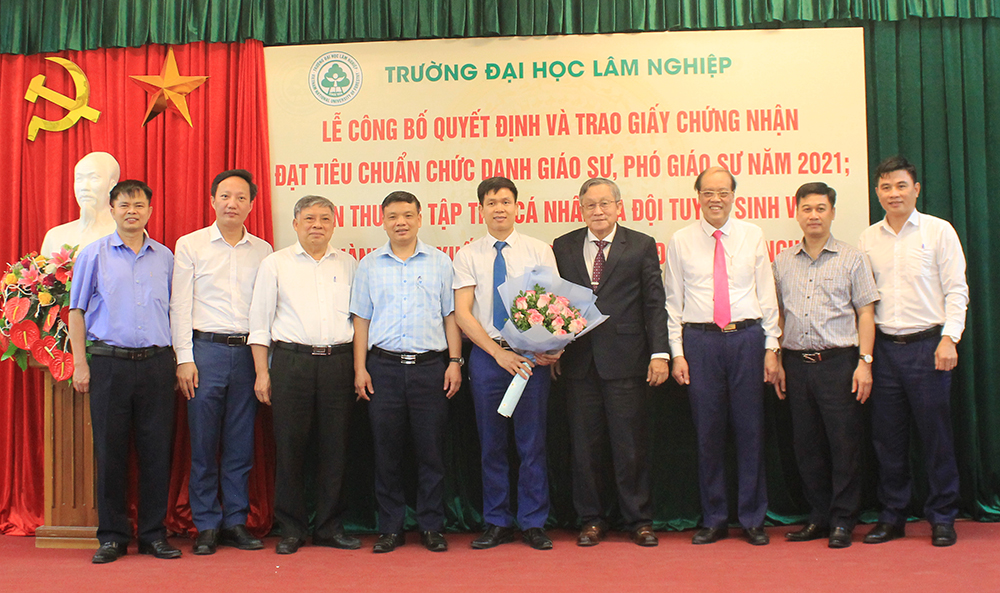 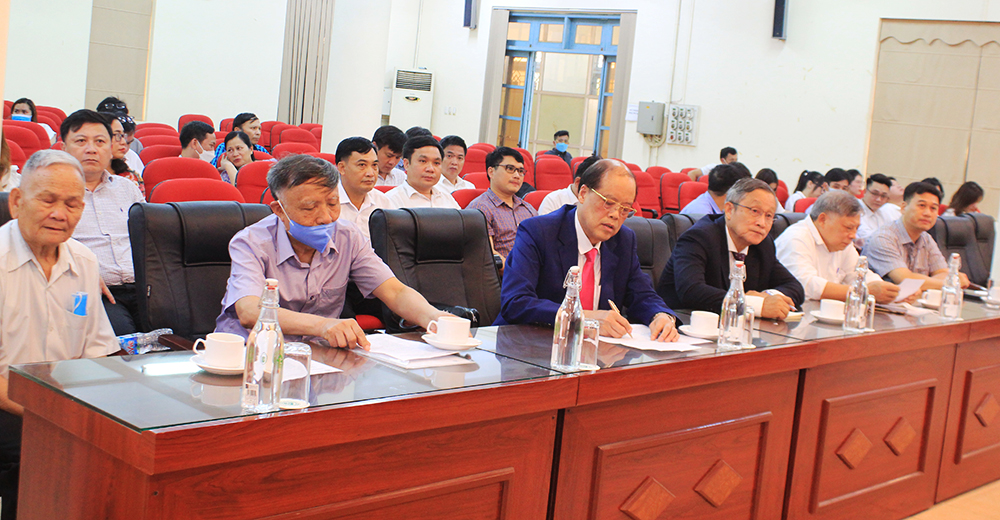